The adrenaline rush that you feel when you hear your name being called out at high school graduation is unlike any other feeling, isn’t it? You feel like you’re being awarded for your years of struggles, hard work, commitment and determination. All your stressful nights and endless hours of academic tasks have led to that specific moment. And you feel like your relentless efforts and persistence have finally paid off. You see your parents sitting in the crowd, cheering and looking at you with pride and shine in their eyes. What more can a high school graduate ask for!

Almost all high school graduates are left thinking about the next phase in their life and their future.Although you must have received several advices about the new phase of your life and how moving from a high school to the corporate world is a huge transition on its own. Butyour parents are concerned about you and your future, as you will now be living separately. You’ll be on your own.

You look around yourself and see a bunch of students with whom you’ve spent quite some time, and you’ve grown used to those faces. Now you don’t know when you’ll see them again.You know that each face that you’re seeing in the crowd has a story that you’re unaware of. The story about their life and their struggles. In the later section of this blog, we’ve highlighted the struggles of a few high school students, giving you an insight about their graduation journey. But before we take the plunge to elaborate those stories, take a look over high school graduating students’ statistics.

Students take admissionin the high school with thehope of graduating one day and put all their efforts in achieving this goal. As shown in the statistics, around 93.3% of students have become high school graduates in 2018, in the USA state of Wyoming. In addition to this, the graduation percentage in other US states can be viewed through this site.These statistics demonstrate that a large number of studentshave the privilege of receiving education in the country.

The following statistics highlight the high school graduation rate by gender. Women in the US who’ve graduated in 2019 were around 90.5%. On the other hand,men who’ve graduated in 2019 in the US was around 89.6%. Apparently, women invest more time and effort in their studies as compared to their male counterparts.Furthermore, this data also represents gender equality in the USin terms of education.

Students who’ve graduated in 2017 from private institutions were around 1,468 million whereas, 15,190 students have graduated from public institutions in 2017. This number has increased over the past few years. The number of high school graduatesduring different years can be seen from this Cheap Essay website. Moreover, the site has also shown projections up to the year 2029.

In the following section, you’ll read about the struggles faced by students and how their efforts havepaid off in the form of their graduation.

According to Aim High School, Tom was a special child, who didn’t fit a mainstream public school. He used to get bullied for being different. The staff also didn’t do much, they just allowed him to eat lunch in the teacher’s lunchroom to avoid interacting with other students. He wasn’t doing well in his studies either due to the same reason, so his parents consulted Aim High. This institution assured his parents that they could help Tom in graduating and learning. This also boosted his confidence and was able to graduate successfully.

Graduating high school doesn’t always have to be fun, for some, it can also be a bittersweet moment. Similarly, Ferris El-Taya reflected on his childhood and the memories he has shared with his parents. His father was a cancer patient and he didn’t expect that he’d be able to attend the graduation ceremony of his son. However, special arrangements were made and a private ceremony was held earlier, just so a father could see his son graduating high school.

Miracle by Miracle-Ear Foundation for a Deaf Student

Another story featured by ABC13 of a student namely Trent Riley who had a hearingdisability, couldn’t even hear his mother’s or his teacher’svoice for seven years. He lost three pairs of hearing aids and his family couldn’t afford another pair, as insurance doesn’t cover hearing aids. He was given a gift from the Miracle-Ear Foundation and then he was able to hear clearly. He felt that he was prepared for his graduation as well as his life after graduation.

These stories have highlighted the struggles faced by students before their graduation and how they have evolved into people they are in the present. All students have a different story and their tales have shaped their personalities, ultimately preparing them for the practical world. 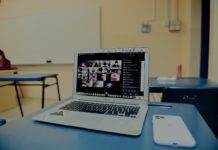 Types Of Courses You Can Complete Online How to prepare for JEE in the last week