Nowadays, The great source of Entertainment is ‘Movies’. When it comes to laughing then there are many Hindi Comedy Movies of Bollywood. These movies are the source of Entertainment where Indian Audience always connects. Hindi Comedy Movies are the part of every Indian lifestyle because these movies are the great mood lifter. Where life is so busy – full of anxiety and stress, everyone needs a source to reduce their stress and ease up their lives.

Here is the list of best Bollywood Comedy Movies which we have been following for years now. We guaranteed that they will make you roll on the floor and you cannot stop laughing.

‘Khosla ka Ghosla’ is the Indian comedy movie in which a common man named Khosla’s land was grabbed by a businessman named Khurana. To back the land Khosla’s son named ‘Cherry’ made the brilliant plan with his friends and relatives. In this movie the actor, ‘Anupam Kher’ gives his 100% and he also had natural acting in this movie. Every actor gives their 100% in this movie. This movie will make you laugh and you can also this movie with your Family, Friends and Relatives.

‘Phir Hera Pheri’ is one the best and most hilarious movie in which lead characters ‘Akshay Kumar’ as ‘Raju’, ‘Suniel Shetty’ as ‘Shyam’ and ‘Paresh Raval’ as ‘Babu Rao’ were got cheated by a con artist and then they were in debt under some gangsters to repay the amount to those gangsters.

A happily and lucky tax inspector named ‘Bhushan’ who accidentally wins the lottery of 25 lakhs and he got a chance to go on holidays on a cruise liner. Where he meets the business named – Ajit Talwar who evading the income tax raid from another tax officer Shekharan. Now, what happens when they all meet up and to an isolated island with some of the comical consequences which are worth watching.

This is the story of the three main characters named Rancho, Raju and Farhan. They meet in an engineering college. All the scenes which are filmed on the college campus that are quite hilarious and you can’t stop imagining yourself in that situation.

This movie is a story of a middle class ‘Duggal’ Family who wants to raise their living. The actor ‘Rishi Kapoor’ who is a school teacher in this film finds different ways to do so. The opportunities knock on their door and how they make it quite amusing. Every middle-class family can relate their situations with this movie.

This movie is one of the most-watched Hindi Comedy Movies of Bollywood. This is the story of an alien who loses his only device from which he can communicate with his planet. His learning attitude and innocence towards the culture of India which made everyone to evaluate the true meaning of religion. This movie is by ‘Raj Kumar Hirani is so beautiful and meaningful without hurting the sentiments of the people.

This is the story of a love triangle between three main characters ‘Bitti’, ‘Chirag’, and ‘Pritam Vidrohi’ where ‘Pritam Vidrohi’ takes all the limelight because of his acting skills and comic timings in the movie. We guaranteed you that after watching this movie you’ll become a fan of ‘Rajkumar Rao’.

This movie is by ‘Luv Ranjan’ who depicts us the meaning of ‘What True Friendship Is’?. This is the story of two friends named ‘Sonu’ and ‘Titu’ whose childhood friendship is tested when a girl named ‘Sweety’ enters in Titu’s life. She is not just after Titu’s money but she also wanted all his properties and she also tried to end their childhood friendship.

In this movie, three friends named Anshul, Siddharth and Tarun and they realize the dark side of love after getting into relationships. They are sucked between their love and their work. The harsh realities of love depicted in this movie by ‘Luv Ranjan’. This movie is so real and hilarious.

This movie is the all-time favourite movie that never exists in Bollywood. This movie is the story of three strugglers named Tashi, Arup and Nitin who are roommates. The screenplay of this movie is so hilarious and commendable that you can’t stop laughing. In this movie, Aamir Khan is the special appearance in one song of the movie.

So, these above are the list of 10 Hindi Comedy Movies of Bollywood that we find very hilarious and amusing. 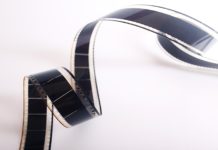 The Essence of Movies in Life

The Perks of Video Conferencing 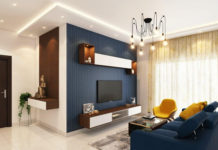 Entertainment Experience with a Difference: Watching Movies at Home