In today’s world, most businesses and organisations use AI to improve their performances in their respective fields. To understand how AI works, we should first take a look at what it means.

What is the definition of Artificial Intelligence?

The primary focus of Artificial Intelligence is to analyse human actions and reactions and then mimic them whenever needed. It can rationalise and take necessary actions when the situation arises to achieve a specific goal. It has different techniques and approaches for different situations. The operation system varies from one situation to the other and has the capability to understand what exactly a certain situation needs. The learning algorithm of AI machines has also improved over the past few years, which eventually ensures the best performance from a machinery point of view.

It can be considered to be a machine-operated intelligence that opposes the phrase natural intelligence. Some people consider machines that can mimic human intelligence as ‘cognitive’ systems that have the ability to run as parallel intelligence systems.

In today’s world, where the internet has become one of the leading factors, Artificial Intelligence has a huge role. It helps the online applications improve their performance and works towards the betterment of the human experience.

What purpose does it serve?

There are many purposes that Artificial Intelligence has, and with its cognitive power, it manages to achieve most of them successfully almost all the time in real-time.

Artificial Intelligence is a broad term consisting of several techniques and approaches that are used in various situations. Different time zones have seen different kinds of AI implementations, and different situations require different solutions. Therefore, it is important to understand the probable approaches AI has to handle different real-time situations.

Some of the major AI approaches include:

Although the functions and applications of all the Artificial Intelligence machines seem quite outstanding in today’s fast-paced world, there are certain limitations in the AI operating systems. And while understanding the benefits of AI, we should also consider taking a look at the disadvantages of Artificial Intelligence in the world.

The major disadvantage of AI systems is the implementation cost that all businesses have to pay at the beginning. Setting proper AI machines, computers, and other systems requires a lot of monetary back-ups and not every business can pay the huge amount at the beginning of their journey. Moreover, the maintenance and repairing cost surpasses its implementation cost, and it becomes overwhelming for most small business owners.

Another major problem of using AI machines is the lack of creativity. They do have the ability to analyse past human experiences and make better decisions for the future. Nonetheless, they fail to bring about creative ideas and patterns in the scene.

Apart from that, with the increased rate of AI implementation in today’s world, the fear of more people being unemployed rises. Machines are better at doing repetitive software tasks and monotonous exercises over and over again. They also have the capability to do the tasks quickly and properly, which puts human intelligence behind in the race.

Having said that, they have their own set of major issues to deal with, and all AI implementations have to come up with a bunch of disadvantages the business owners simply have to accept. Moreover, no matter how quick they get and how experimentative they are in their work, human intelligence cannot be replaced, not yet.

Although AI systems come with several challenges, they do bring solutions to problems. An ever-increasing reliance on AI increases the demand and scope for professionals trained in Artificial Intelligence and machine learning. Therefore getting trained in this domain would help you with a career in AI. 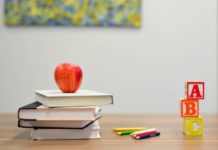 How useful are NCERT important questions for CBSE exams? Certified Translation for NARIC – What You Need to Know? 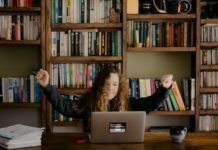 Tips To Refer To NCERT Solutions For Class 10 Science Exam How Fun88 In Thailand Is Changing The Way People Gamble

How useful are NCERT important questions for CBSE exams?

Certified Translation for NARIC – What You Need to Know?

How to Find the Right Financial Tools for Your Needs