Celebrity Post
Home Game Everything You Need to Play Netball

Netball is an interesting sport that may have captivated you many times. The game always requires two teams, each containing seven players, and women mainly play it. Moreover, the sport has reached more than 20 million people in 80 countries, and the number is continuously growing every year. If you want to play netball, first, you should understand what netball equipment you will need to play the sport.

You will need some basic requirements for this sport, including:

The International Netball Federation, or INF, has written rules for playing international netball matches. This game is played only on indoor courts. The courts must have various regulations that may differ from one player to another. It depends on your position on the ground, and each position needs different equipment. The court must have two prominent goal lines, which equally divide the court into three areas. These lines are called “transverse lines”, while the centre is known as centre-third, and the two ends are known as goal-thirds.

Courts used for netballs have a three-foot in diameter circle at the centre-third. This area is called a centre circle, and it is found at the end of the court. In most courts, you will find white lines, which are visible to the players.

Here are some technical terms used to define different areas of a netball court:

As its name indicates, the area surrounding the court is called court surround. It looks like an outer rectangular shape that covers the court. It is necessary to maintain a distance of approx ten feet between the corners of the court surround, goal lines, and sidelines.

This is the main area where the game goes on. All players and umpires must be present at this field of play.

Goalposts play vital roles in this game. They must be appropriately placed at the midpoint of each goal line. Most goal posts are made of vertical metal poles, and they are about 2.5 to 4 inches in diameter and ten feet tall. Depending on your position on the court, you can insert the post into the ground. Some people sleeve the pole under the ground. However, you should ensure that there are fewer chances of movement when knocked. As these posts are large, you should look after their stability while playing the game.

Netball goalposts have a metal ring made of a steel rod. This ring should contain a net clearly visible to the players.

Without the ball, can you play the game? Of course not! Netballs are available in both offline and online stores. In most matches, spherical balls are used. One ball is used throughout the match. This type of ball has a circumference of 27-28 inches that weigh between 14-16 ounces. Netballs are made of different materials, such as leather, rubber, or other synthetic materials.

Uniform is mandatory for a netball match as each team plays with seven players, and it is crucial to identify who is playing for which team. Uniform helps understand who the players of each team are. Along with clothing, comfortable sports boots and socks are also essential accessories for a netball player.

This is a list of basic things that you will need for the game. You can easily find the netball equipment in any store (offline or online). Before purchasing them, consider your position on the ground. It will help you pick the right equipment. 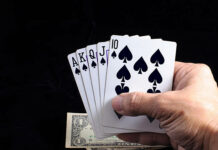 Interesting Facts one Needs to know about Rummy 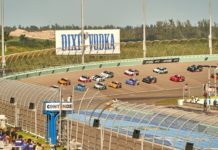 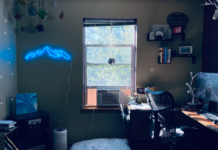