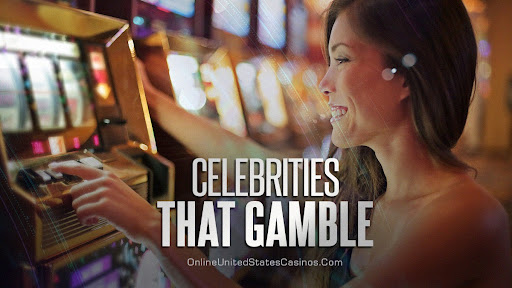 Having money is a wagering prerequisite. Since most celebrities tend to be rich, it makes sense that some of them would enjoy testing their luck on games of chance or putting their sports knowledge to use by betting on athletic contests. Both are activities that produce thrills and ones that can lead to sizeable profits.

Thus, many people who are somebodies have fallen prey to the allure of gambling for these or other reasons. Given that, legally, everyone can only partake in this pastime at communal venues, well-known figures can do little to hide this hobby from the public’s gaze. Below, we look at a few celebrities that have made headlines on account of their gambling games passion.

There has never been an athlete that has been associated more with gambling than His Airness. Michael Jordan’s compulsion towards betting borderlines something mythological. It gets said that he can write an in-depth casino games guide that would be as good as anything on the market, as his sleepless nights at gaming establishments are the stuff of legend. In 2001, he was seen in a Connecticut casino wagering $45,000 per hand at a blackjack table. Allegedly, his most substantial casino loss happened in Las Vegas, where he reportedly lost over $5 million at a craps table in one night. During his heyday, Jordan had a reputation as a man that would bet on anything from rock, paper, scissors to wagering ridiculous amounts on golf shots.

Michael Jordan contemporary, friend, and fellow NBA Hall of Famer, Charles Barkley, is as much of a pathological gambler as MJ. Going by his estimates, The Round Mound of Rebound claims that he has lost over $1 million at least thirty times when gambling. One notable gaming session of his cost him more than $2.5 million over six hours. Although his game of choice has always been blackjack, he also openly admits to being partial to sports betting, as he is a strong proponent of its legalization across the US. In 2002, he won $800,000 by correctly guessing that the Patriots would beat the Rams in Super Bowl XXXVI.

Boston Ben has been a Hollywood star for almost two and a half decades. He began his acting career as a child in small theater productions before finding a niche as a silver screen bully as a young adult. He got his big break in 1997 by appearing in the Kevin Smith movie Chasing Amy, and Good Will Hunting, which he also co-wrote. Though Affleck has maintained as a leading man, his image has taken hits because of his love for gambling. He has entered rehab to overcome his compulsion toward it and is renowned for his poker and blackjack prowess. Regarding the latter, in 2014, Affleck got asked to refrain from playing the world’s most established table game at the Hard Rock Hotel in Las Vegas due to suspicions that he was counting cards.

The original feature film Spiderman and childhood friend of Leonardo DiCaprio has stepped away from the limelight in the last few years. However, in the 1990s and 2000s, he was a heartthrob and one of the most popular actors of his generation. Even though Maguire has no official gambling history, rumor has it that he used to play at high-stakes underground poker games in California. Many argue that Michael Cera’s character in the 2017 Aaron Sorkin film about Molly Bloom is a fictionalized version of Maguire, who was also somewhat of a sleight-of-hand expert.

Whether or not Floyd Mayweather is the greatest boxer of all time is up for debate. However, no one can argue that the Michigan native was not the most massive PPV attraction of the past fifteen years. He is responsible for four out of the six most significant boxing events ever, revenue-wise. His 2007 fight against Oscar De La Hoya catapulted him to stardom, and his 2015 Manny Pacquiao bout set records that are unlikely to get broken any time soon. It is no secret that Money Mayweather is an avid sports bettor, frequently advertising his preposterous wagers on social media. Some of his most famous posts include him bragging about winning close to half a million wagering on NBA games within four days and claiming $1.1 million in 2012 when the Oregon Ducks beat Arizona State in College football 43-21.

Other Celebrities That Gamble

Some famous people who frequently like to see if Lady Luck is on their side are Charlie Sheen, Darren Brown, Tiger Woods, 50 Cent, Matt Damon, Victoria Coren-Mitchell, George Clooney, and Pamela Anderson.

Shelly Schiff has been working in the gambling industry since 2009, mainly on the digital side of things, employed by OnlineUnitedStatesCasinos.com. However, over her eleven-year career, Shelly has provided content for many other top interactive gaming websites. She knows all there is to know about slots and has in-depth knowledge of the most popular table games. Her golden retriever Garry occupies most of her leisure time. Though, when she can, she loves reading Jim Thompson-like crime novels. Online Slots with a Top Theme Have People missed Casinos During the Pandemic?