Celebrity Post
Home Fashion British Vogue’s First Ever Male Editor-in-Chief That Will Make You Rethink About...

After the news of Alexandra Shulman’s resignation as British Vogue’s Editor In Chief, a lot of questions about her successor buzz the fashion industry. Shulman will formally leave the said company this June. And after months of waiting, British Vogue finally named its new Editor-In-Chief.

Edward Enninful will be the new editor of British Vogue. Last April 10, Jonathan Newhouse the Chairman and Chief Executive of Condé Nast International made it official that Enninful is the person to assume all the responsibility for British Vogue starting in August. More of this, Newhouse named Enninful as “an influential figure in the communities of fashion, Hollywood, and music which shape the cultural zeitgeist.”

Enninful will officially start his work for British Vogue this August 2017. After the kind words that Newhouse showered to Edward Enninful, the newly appointed Editor In Chief, the news came with a lot of crossing borders as well.

Currently, Edward Enninful is the fashion and creative director of W Magazine. The Ghanaian fashion icon is the first man and the first black Editor In Chief of the publication.

Originally from Ghana, Enninful migrated to London where he started his modeling career at 16 years after being scouted. After two years, Enninful’s career leaps when he became the fashion director of i-D. Enninful was 18 at that time which made him the youngest fashion director for an international publication.

Enninful isn’t chosen to have the role without his achievements. Among his high fashion records is his appointment in W magazine that helped the publication gain 16 percent from boosting pages. Enninful loves making history since it was the biggest gain among fashion titles.

Indeed, Enninful was born to work for Vogue. Even before his employment with W, he was working as a contributing editor for American Vogue (from 2006) and Vogue Italia (1998). It was also Enninful who spearheaded “Black Issue” and “Curvy Issue” for Vogue Italia.

Also, just recently, Enninful received recognition from Princess Anne and awarded him as the Officer of the Most Excellent Order of the British Empire (OBE).

Belonging to the few black people in the fashion industry, he continues to promote equity, advocates diversity and calls out racism if he encounters one. One instance, Enninful vocally shared the unfairness he experienced at a Paris Couture Show where he sat in the second row while his white colleagues were in the first row.

His Most Talked About Fashion Items

Trends for latest fashion gets mismatched sometimes, just like how wearing a rubber wristband mixes up with a suit for workin dressing formal for work. There are a lot of items that trend not because it is hip but because they are ugly. Designers nowadays release the weirdest trends. From ugly kicks to the uncomfortable tops.

You probably see a lot of fashion trends that are often forgotten after receiving harsh criticisms. However, certain trends stay trendy because society accepts them to be ugly and stylish. Sometimes, it is even crazier than mens’ clothing sales.

Often everyone hears collaborations from different brands and fans get overly excited to see the final products. However, some partnerships create a disaster fashion outcome. Mixing and matching is a go-to fashionista hack. However, a wrong mix and match can give birth to a tragedy. To avoid these mishaps, you can try browsing Brochu Walker so you can have a more detailed view on the possible combinations.

For the past months a lot of clothing items had been released, however, here are some of the craziest ideas of collaborations. Also, added here are the awful mix and matched items.

Johnny Tucker will agree with me on this one. It’s not that I find cold shoulders ugly, but it doesn’t seem to have a substantial impact. I am one with the people who protest to bury this fashion item. Yes, people, cold shoulder tops need to leave the scene.

A lot of individuals branded it as a cheap piece regardless of the brand. Yes, the tops are flattering and sexy that shows the shoulder blades. Looking closely, it is like a standard top with a shoulder hole.

Is it made to flaunt someone’s armpit holes or the shoulder blades? Then, if yes, sleeveless and off-shoulder are there for flaunting respectively.

After Uggs & Teva had announced a collaboration, I was extremely excited and curious about it. However, a nightmare haunted me when I saw the hybrid footwear. Personally looking at the footwear, I can honestly say that the item is ugly.

The boot-sandal scared me. However, without being biased over the physical view, the hybrid sandal is the coziest sandal. The wooly cloth inside the sandal-boot is warm and cozy that also exposes the toes.

Contrary to its ugly design, the hybrid footwear indeed functions very well as a comfy shoe, minus the comforting style.

I like the concept of mom jeans and ripped pants. However, Topshop’s version went a little overboard. Topshop’s latest piece has a rectangular cut-out in the knee area that has plastic over it.

The clear knee is a little crazy from the fact that it will show beads of sweat. Also, I can’t think enough that the plastic will suffocate my knees. Nordstrom sells the Clear Knee Mom Jeans from Topshop for $95.

The fashion items above are the popular items that circulated and made a roar on the internet for receiving negative feedback from netizens. Also, the functionality of the items is still questionable. Not everything in fashion is a beautiful masterpiece. There are fashion styles that may just be too much to be normal.

Along with Vogue’s 101 histories is the naming of the newest addition to their family. Edward Enninful is known for a lot of things in the fashion industry, and people are expecting a lot from him. Also, being the first male and first black the publication will have, most personalities who support equality will surely back him up in his career.

Officially this August 1, he will start moving British Vogue forward with his leadership and ideas. Let’s all watch out for clothing sale deals in every British Vogue copy and on other online fashion destinations.

Sabahat Akhter is the Project Manager for leading printing companies producing promotional advertising products. She has experience in Data Management and Products Quality Assurance. QA and large scale production workflows are her expertise. Must- Have Jewellery Items For Teenage Girls 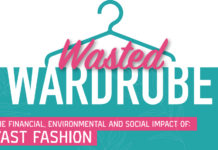 The High Social and Environmental Costs of Fast Fashion 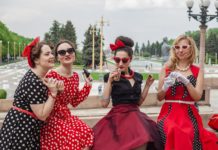 HERE’S WHAT FASHIONISTAS SAY REGARDING FASHION SHORTS FOR GIRLS 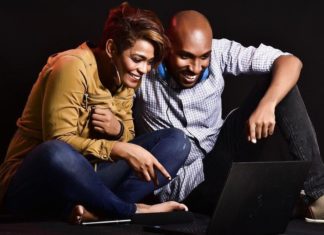 The Educational Value of Movies

Vinay Kumar - July 28, 2021 9:48 am EDT 0
Even in the 21st century, many parents have not wholly accepted technology in the classroom. They do not regard it as an excellent learning...

The effects on the gambling industry of Coronavirus

Creative Ways To Use Social Media To Land Your Job

How RPA has evolved as a game-changer in the industry?

How to Increase Sales with CBD Advertising